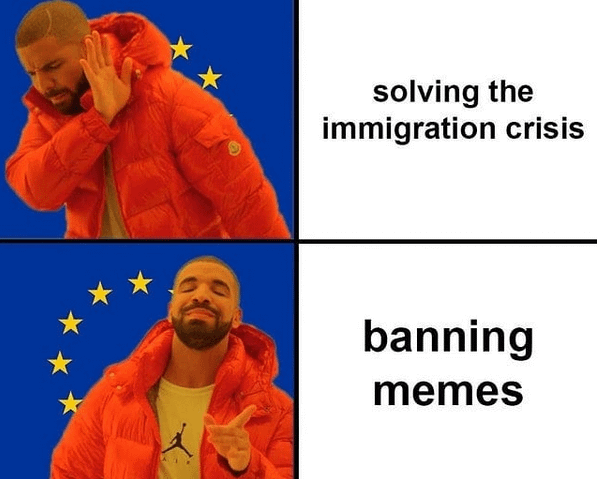 If you have have been following the debate around the EU’s latest internet policies, Article’s 11 and 13, today I come bearing great news.

On the 18th January 2019, national governments failed to agree on a common position on the two most controversial articles, Article 11 also known as the Link Tax, and Article 13, which would require online platforms to use upload filters in an attempt to prevent copyright infringement before it happens.

In my personal opinion, both directives contribute nothing for a better user experience and, on the contrary, could in fact greatly limit how users interact with most web-based platforms.

What’s On The Table?

Article 11 dictated that anyone using snippets of journalistic online content must first get a license from the publisher, which would be active for the next 20 years after publication. The goal was to generate income for European publishers, by allowing them to charge internet platforms for displaying snippets of their content to users. Some targets were giants like Google, Facebook, Twitter and Pinterest, that use such snippets in the course of linking to news articles.

My issue with Article 11 is that, in essence, it would make these platforms (a) limit their products offerings, (b) create substantially limited web versions for European users or (c) just block all European IP addresses.

Plus, it’s not like we haven’t see this happening in the past. A similar move was attempted by Spain, a few years back.

Want to know what happened? According to the Guardian:

Google is closing Google News in Spain and removing Spanish media outlets from the service following a row with the country’s government over new legislation aimed at protecting local publishers that requires the search company to pay for using their content.

On the other hand, Article 13 would essentially make Internet platforms hosting “large amounts” of user-uploaded content, monitor user behavior and filter their contributions to identify and prevent copyright infringement.

Essentially, any YouTube or Medium-like platforms would be liable for copyright infringements.

Good lord. Goodbye Internet (as we know it)!

Council To The Rescue!

Surprisingly, a total of 11 countries voted against the compromise text proposed by the Romanian Council presidency: Germany, Belgium, the Netherlands, Finland and Slovenia, who already opposed a previous version of the directive, as well as Italy, Poland, Sweden, Croatia, Luxembourg and Portugal, who had previously shown support for Article 13.

We should expect new versions of the documents to be drafted and taken up  for voting.

As reported by Julia Reda, a member of the European Parliament fighting to make copyright in the EU unified, progressive and fit for the future:

The outcome of today’s Council vote also shows that public attention to the copyright reform is having an effect. Keeping up the pressure in the coming weeks will be more important than ever to make sure that the most dangerous elements of the new copyright proposal will be rejected.

But Unfortunately Too Late

As of March 2019, article 13 has been officially passed by the EU lawmakers and policy makers.

Only time will tell; but from what has happened in the past, I do feel this won’t end-up well for anybody.

If you want to #saveyourinternet, don’t forget to show your support and share this piece!

Blockchain and Crypto: Past, Present, and Future

Spice Up Your Emails with these Greetings

Has the Downfall of Apple Begun? The iPhone is Set to Drop in Popularity

Blockchain-based Medical AI Could Save Millions of Lives

Ujo Music: How the Ethereum Blockchain is Revolutionizing the Music Industry

What Bitcoin’s Valuation Says About its Volatility